This wiki has been closed following a Request for Comments. Please see this page for more information.

From Crappy Games Wiki
Jump to navigation Jump to search 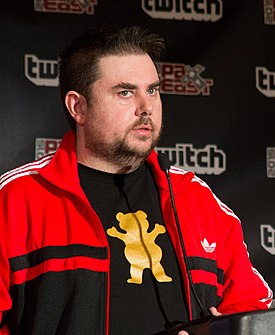 The firing of Jeff Gerstmann occurred on November 28, 2007. Before he was fired from GameSpot, the gaming site had done mass promoting of the game Kane & Lynch: Dead Men in which numerous ads had been put up to promote the game by Eidos Interactive, the game's publisher.

Jeff Gerstmann, the Editorial Director of the site at the time, gave the game a 6 out of 10. Shortly after his low score (though it's not that bad), GameSpot and CNET (which operated the site) dismissed Jeff Gerstmann from his position and fired him. Not long after, editors Alex Navarro, Ryan Davis, Brad Shoemaker and Vinny Caravella all left the site in disgust over Gerstmann's firing.

Due to several legal constraints, Gerstmann was unable to discuss why he was fired, although rumors circulated that Eidos Interactive threatened to pull advertising from GameSpot because of Gerstmann's review. Gerstmann and Davis then co-founded the gaming site, Giant Bomb which joined Whiskey Media. Navarro, Shoemaker and Caravella joined Giant Bomb as well.

On March 15, 2012, CBS Interactive, the parent company of CNET, bought Giant Bomb from Whiskey Media. The constraints that kept Jeff Gerstmann from talking about his termination was lifted and he confirmed the rumors about Eidos threatening to pull ads from GameSpot were true.